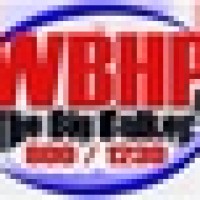 WBHP, North Alabama’s first commercial radio station, signed on the air at 4pm May 25, 1937, with an interview with Huntsville’s mayor. So nervous was ... See more the station’s owner, W.H. Pollard, that he hopped in his car and rode around town. But the car was without a radio, and Pollard missed his first broadcast. His wife, Pleas Alexander Pollard, walked outside their home and paced the lawn to relieve her anxiety over the new station’s beginning. She, too, missed the first broadcast. Now in its seventh decade of serving the Tennessee Valley, WBHP continues operation on 2 frequencies…800 AM in Decatur on WHOS, and 1230 AM in Huntsville on WBHP. A one-time country music station, WBHP now serves as a news-talk radio station. W.H. Pollard, born in Huntsville May 23, 1909, was fascinated as a boy with radio. He had the first ham radio in North Alabama, and in 1923, The Huntsville Times told the story of this 14-year-old boy who “could contact the rest of the world” if Huntsville were ever isolated. After attending both Auburn University and the University of Alabama, Pollard married Pleas Alexander of Atlanta, GA who was the program manager at a Charlotte, NC radio station. The couple had two children, Eleanor Anne Pollard and Wilton H. “Buster” Pollard Jr. To put WBHP on the air, Pollard built the station’s first transmitting tower from scratch, and erected it atop the old Henderson National Bank building downtown. It lasted only two days, destroyed by tornado winds. A new antenna was put up on Old Athens Pike, now Holmes Avenue, and the station began broadcasts from the sixth floor of The Times Building on Holmes. One night in the spring of 1940, from his control booth at the station, Herbert Johnson, working the WBHP boards, heard the buzzing of planes over The Times Building. Knowing there were no lights at the old Huntsville Airport, Johnson urged WBHP listeners to rush to the airport and leave their car lights on. Their beacon of light guided the planes to a safe landing, and earned WBHP and the quick-thinking Johnson an award citation from the U.S. War Department. Later that same year, WBHP relocated to a house at 318 West Clinton Avenue, across from the West Clinton Street School. In June, 1953, the station moved to new quarters on Fifth Avenue, now Governors Drive. A new sports announcer joined the WBHP staff in 1947 named Grady Reeves. But in his many years with the station, Reeves became much, much more than a sportscaster. At 5:30 each morning, Grady Reeves signed WBHP on the air, often with his familiar introduction. “Broadcasting from the beautiful, pearly beaches of the Pinhook…” Reeves put on WBHP’s “Sterchi’s Jamboree” twice daily, five days a week, which was to become the longest running hill-country show in the United States, as well as the nation’s longest commercially sponsored radio program. In the late 1950’s, a glass broadcast booth was constructed atop the Holiday House Restaurant, that later became Boots Restaurant, on South Parkway. From there, Reeves broadcast the “Skycastle Show,” playing rock-‘n’-roll four hours a night, six nights a week. The program became an institution with area teen-agers. It was 1956 when an established western-country-gospel disc jockey from Cullman joined WBHP. Slim Lay, known as the “Country Colonel,” had just won the Country DJ of the Year award, when he became part of the WBHP broadcast family. For nearly two decades, Slim Lay entertained the Tennessee Valley on WBHP with three daily programs and a special gospel show each Sunday morning. He grew to become one of the best radio salesmen in the station. In 1968, Buster Pollard joined his father in the station’s operation, initially as a staff advertising salesman. At the death of his father in October, 1974, Buster Pollard assumed ownership of WBHP. Ron Bailey served the station as general manager for than a decade after that. Through the years, three floods inundated the old, one-story WBHP studios on Governors Drive. After the devastation in the late 1970’s, Pollard built a modern, two-story broadcast facility on a site adjacent to the 1953 structure, which was demolished in October, 1983. Although WBHP has seen many changes over the years, the station still serves the Tennessee Valley with news and information around the clock and can now be heard worldwide online at WBHP AM dot com.