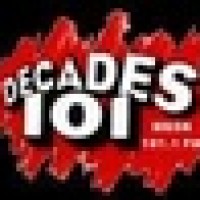 is a broadcast group in Northern Michigan which encompasses the center of the state and is located in the middle of ... See more both major highways that cross the state, both north and south (I-75) and east and west (M-72).

3 FM WGRY is a 60,000 Watt Country Station that broadcasts 24 hours a day with a Modern Country format.

Such stars as Shania Twain, Faith Hill, Tim McGraw, Steve Warner and many other young country stars are mixed with more seasoned performers such as Alabama, Willie Nelson and Kenny Rogers.

With this blend, our 18-65 demographic country listeners get a full spectrum of country music, not just the top 20 songs.

This is one of our most popular feature programs, especially with the 50 and up demographics.

In addition each Saturday morning at 9am, Decades 101 broadcasts The Coffee Club with host Dave Sherbert featuring topics which are of great interest to a large number of our listeners.

AM 1230 WGRY is a 24 hour Adult Pops Standards station featuring "Music of Your Life".

The format is popular with those 35+ and features legendary personalities Gary Owens, Wink Martindale, and Chuck Southcott who play music that reflects the best of the older standards, combined with the younger artists recording the best American standards of the 50's, 60's 70's, 80's, and 90's.

"Music of Your Life" is a dazzling kaleidoscope faceted with the inspirations of Cole Porter, Burt Bacharach, George and Ira Gershwin, Richard Rodgers, Sammy Cahn, Marilyn and Alan Bergman, Irving Berlin, Henry Mancini, Jerome Kern, and all the other songsmiths who honed a popular art form to a sublime refinement.

all the performers whose music made our lives a lot brighter and a lot richer .

"Music of Your Life" provides an alternative that a broad demographic (35+) can listen to with all-star radio and television hosts entertaining them.

With three of today's top adult music formats, National, State and Local News, Sports information and Weather forecasts directly from the National Weather Service in Waters, Gannon Broadcasting covers the area with music and information listeners can use at home and work.